I have lucked out a lot in my life. A lot. I swear.

I’ve hiked the Kepler Track, climbed Homer’s Pass and plenty of other mountains, hills and forest trails I can’t remember the name of, in the South Island of New Zealand.

This semester I am in Ireland. Nice. And, rather than be cooped in a pub all day with teenager drinkers in Galway on St. Patrick’s Day, I decided it might be a nice treat to climb Croagh Patrick (also known as “the Reek”) and see a bit more of the landscape. I first heard about Croagh Patrick from a friend of mine, Colin, before I left the states–so this place has been on my mind for some time.

Fact: Croagh Patrick is 2,507ft tall, and it is roughly 3-4 miles from the beginning of the trail to the summit.

Not only was I told that the views from the summit are spectacular and that the climb up is a bit rough but worth it, but I heard that true pilgrims climb the whole thing barefoot.

What fun. Bad-ass. I like the sound of this more.

We (meaning Jess “Hotness,” Brian Stone–a peer from SIUC–and his fiance, Morgan) caught an early bus from Galway City Centre to Wesport, in County Mayo, and then a taxi from town out to the mountain. Breathtaking. Yeah, that is snow up on that thing. 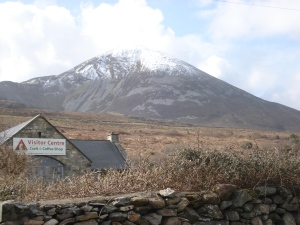 My heart was broken on the taxi road over to the mountain. Our driver said that people aren’t allowed to climb barefoot anymore because of the amount of injuries (freak accidents and deaths) that occur when people try and ascend without shoes on. BUT, as we were about to start the trek, I saw two other guys take off their shoes and begin the hike.

That was enough for me to give it a go.

It got pretty steep. Real steep. And rocky. And muddy. Peat and stone everywhere. But I made my way. 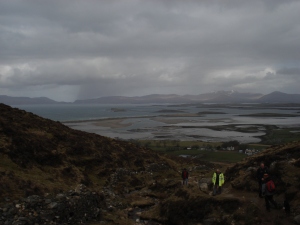 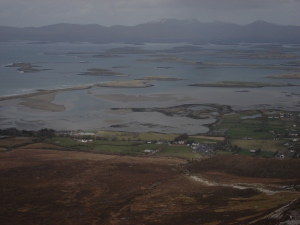 The view is of Clew Bay and the Atlantic Ocean. When we first got to the mountain, it was gray, a little cold, and it was low tide. Slowly, as we climbed, the water came in. Yeah, in that last picture, that is a train of people going up to the peak, not ants.

And, of course, I made it to the top, but the person who has that picture (me triumphantly arriving to the snow covered, freezing, cloudy, wet, rocky, holy summit) is Morgan and she hasn’t uploaded that picture yet. Once she has it, I’ll get it on here.

Anyway, I did in fact make it to the top, barefoot. Crazy. 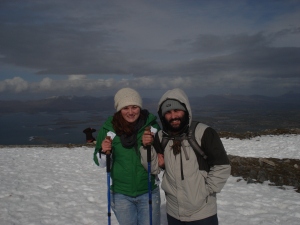 Me and "Hotness" up at the top.

Of course I left my mark at the top of Croagh Patrick! A shame it was my blood.

I really did make it back down. Half way down, I regained feeling in my feet. As soon as that happened, I immediately wished they stayed numb.

Okay, so I have pictures of my feet, because, “Why wouldn’t I want to document such an occasion?” But, they get a little vivid. So, if you don’t wish to view the injured mess, I suggest you stop looking at the post… 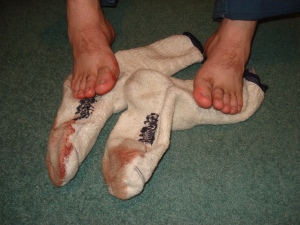 Fresh out the boot.

Yeah, that is blood on the socks.

As of today, both pads of my feet are black and blue. I don’t walk very much. I probably won’t be for the next couple of days.

Though it was a bit ridiculous and painful at times, I am so glad I did it. As I climbed, pilgrims descending would step aside and say “Fair Play.” Several people offered me blessings and prayers because I was climbing the mountain as you are supposed to do. Near the peak, three women stopped me, sat down beside me and asked that I pray for (respectively) one’s husband, one’s six children, and one’s hopes for the whole world. Crazy, strange, beautiful. It was a personal goal, a religious task and a sweet accomplishment, if I do say so myself.

How many people can say they’ve climbed a big ol’ mountain barefoot? Answer: at least one.

Barnaby, etc.
Hurry & Scurry
“A cicada shell;/ it sang itself/ utterly away.” #Basho 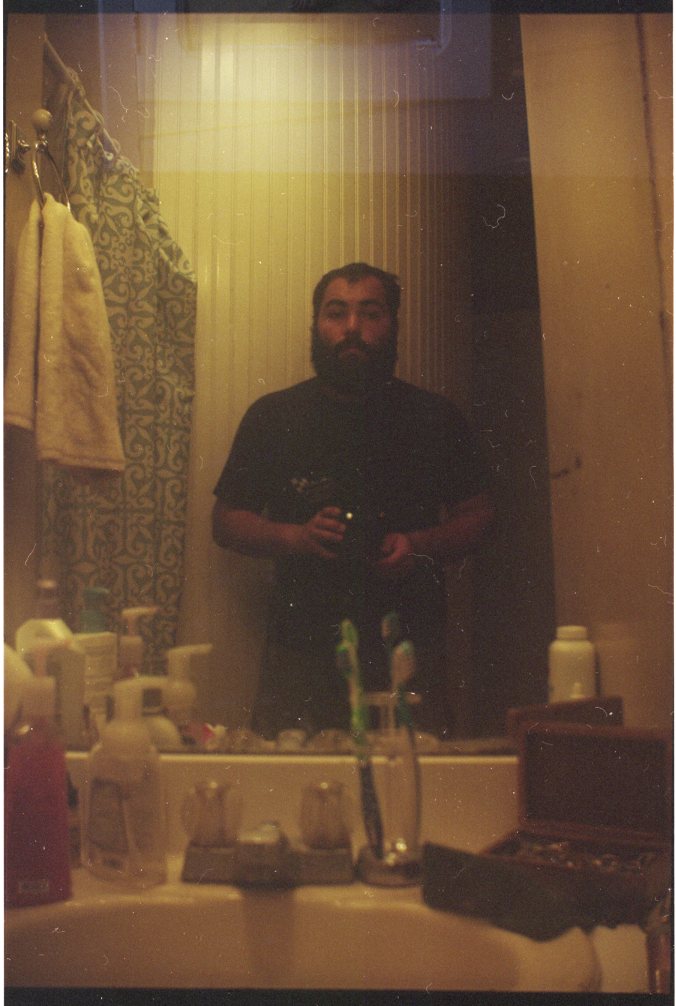